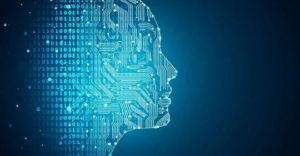 Can we trust artificial intelligence now that some AIs are getting so sophisticated it’s beyond human capacity to understand them? Can we rely on AI programmers to be responsible enough to create AIs that won’t accidentally do something horrible? Will AIs take over not just some jobs, but most of them? There are a lot of stories to be told about the many valid reasons to fear AI – but this is not one of them. This is a story about AIs doing such a kick-ass great job expanding employment for humans that some of their meat-based co-workers have given their virtual colleagues their own honorary cubicles.

The term “artificial intelligence” encompasses so very many different things. When we’ve focused on AI lately, we’ve often been talking about a chip that can learn with a minimum of data input, or the systems that enable an autonomous vehicle to consistently identify obstacles, or a program that can analyze impossibly vast amounts of data in real-time to discern subtle patterns that might reveal a financial trading opportunity or detect the activity of a malicious hacker. That’s not what we’re talking about here.

This is a story about the type of AI that hasn’t got much press lately, the kind of AI that can interact with humans as if they were human themselves. These AIs can be plenty sophisticated, but the technology they rely on is hardly new, let alone bleeding edge.

Conversica’s flagship is an AI sales assistant that corresponds with humans via email or text. Think of Siri or Alexa, but if you were corresponding with them instead of speaking to them.

These assistants are designed to initiate contact with people who have been identified as leads, evaluate the responses, and continue to interact until the lead either severs contact or indicates a desire for a more complex interaction that requires a human to complete.

Conversica’s corporate antecedent was a company that helped commercial clients with lead generation. The clients all shared a common shortcoming: none of them were very good at pursuing the leads that were generated for them.

“Our research showed that with most companies there is no follow-up on 30 to 40 percent of inbound leads,” said Conversica CEO Alex Terry. “This is someone saying ‘Hey, cable company, I want to subscribe,’ or ‘Hey, I want to buy a time-share’ – or whatever. That’s 30 to 40 percent with zero follow-up. With another 30 to 40 percent, there’s follow up only one or two times. And this is when people are asking for information.”

Companies were leaving money on the table. But what if there was a way to follow up on those leads? Well, there could be. Someone could develop AI assistants that could make initial contact and qualify leads.

Since no one else seemed to be doing it, however, the company decided to do it itself. AI assistants soon became its main business, and the company renamed itself Conversica.

Over the last three or four years the company has created five different AI assistants (there are more in development), trained for different applications, and fluent in a half-dozen languages. The idea is to have them do entry-level stuff, for example making the three, four, or five contacts necessary just to qualify a lead. Clients set up the AIs, giving them not just names but often also titles.

So Conversica got into the habit of polling every single customer after four months. The vast majority that adopt Conversica AIs report that they had to hire people to handle the additional sales that result from the AIs qualifying more leads – the ratio of those that hire more people to those who don’t is 5:1, Terry said. Conversica AIs are being set to do the drudge work that people hate doing and which consequently rarely gets done. Some of Conversica’a AIs have even been voted Employee of the Month by their human compatriots.

Conversica partners with a number of companies that sell customer relations management (CRM) systems. Terry said that one of those (which he declined to name) independently verified Conversica’s results. Why would the CRM company go through the trouble? It sells software seats, and if Conversica’s AIs were replacing humans, the CRM company would end up losing seat licenses. The opposite is the case, Terry said, and this particular CRM company remains a business partner.

This article was originally posted on – https://www.eetimes.com/document.asp?doc_id=1334572# 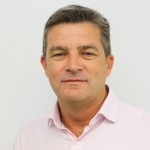 Wpromote’s new trend report reveals that B2B marketers are looking to capitalize on 2020’s digital acceleration but may be underprepared for upcoming data challenges. For the 2021 State of B2B ...

At the beginning of 2020, it was the norm for any respectable technology industry leader in business to business (B2B) sales to spend upwards of 80% of their time on ...

Trading an ebook for a prospect’s contact information is among the purest forms of content marketing. It’s an effective way for B2B sellers to find their next customer. B2B companies ...