Chatbots to the Rescue: How Conversational AI Will Save Call Centers 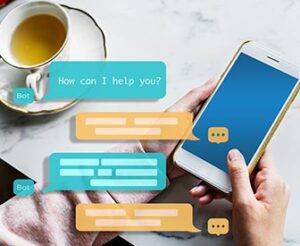 Spurred by high demands placed on call center personnel during the pandemic, chatbots have taken on new prominence. Today, thanks to cloud-based platforms, AI-powered chatbots are now within reach of many more banks and credit unions.

When the coronavirus pandemic led to widespread branch closures and restrictions, financial institution call centers were nearly overwhelmed by the ensuing traffic spike. The challenge grew especially acute as these centers — in-house or outsourced — struggled to deal with social distancing, absenteeism and other issues.

Various solutions were rushed out including work-from-home arrangements, which helped in some cases but were not viable for many. Chatbots were looked to as another option, and vendors of such solutions report increased interest and usage.

From March to April 2020, for example, Kasisto saw user inquiries through its KAI conversational AI platform rise 35% across all of its customers, according to Zor Gorelov, CEO. He adds that they have seen very meaningful increases in sales inquires during the pandemic. Another provider, Clinc, has also seen an increase in demand as institutions realize the benefits of automated conversational banking, according to Johann Hauswald, Co-Founder and Chief Product Officer.

“Conversational banking and messaging and chat isn’t a niche channel for us, it’s a significant part of our strategy.”
— Katie Jenkins, HSBC Bank USA

While the COVID-19 crisis ramped up interest in these automated solutions, particularly for handling customer inquiries, the tide had already begun to turn for chatbots and their close relatives, virtual assistants. Various conversational interfaces have been around since at least the 1960s, but interest in chatbots soared in 2016 only to plummet within a couple of years. “Building a real virtual assistant capable of understanding context and responding to unclear queries proved to be much more challenging than building a simple chatbot,” CB Insights observes.

But that challenge has now been largely met. In fact several chatbot vendors now offer pre-packaged bots with data already built in that are tested and trained for a specific industry vocabulary and domain terms. Further, several vendors have products that can work with financial institutions far smaller than Bank of America, Chase or even Ally Bank, all of which offer AI-powered virtual assistants.

One example is Advia Credit Union, with assets of $1.7 billion. The Michigan-based institution uses a platform from LogMeIn that incorporates natural language processing. NLP helps the bot “understand” what consumers are looking for and respond in terms they can understand, Rey Chavez, Director of Member Contact for the credit union, states in a LogMeIn white paper.

A Word with Many Meanings

The term “chatbot” has proved quite sticky in banking and elsewhere. It’s also hopelessly vague, being applied loosely to everything from the simple bots that use preselected choices to Bank of America’s sophisticated digital assistant Erica and even to Siri and Alexa, the voice-powered virtual assistants from Apple and Amazon. This leads to confusion and misconceptions in the industry, several observers note.

“Conversational AI,” is the overarching term many prefer now. Digital marketing consultant Shane Barker defines conversational AI as “the use of chatbots, messaging apps, and voice-based assistants to automate customer communications with your brand.”

Kasisto’s Gorelov, responding to a question from The Financial Brand divides conversational AI into four categories, from simplest to most complex:

In an article on the top conversational AI trends, provider Kore.ai cites Gartner research that by the end of 2020 at least 80% of new enterprise applications will make strong use of chatbots, with 47% of organizations using the applications for customer care, and 40% deploying virtual assistants.

This kind or adoption, says Barker in a blog, is being fueled by the rise in the use of messaging apps and voice-based assistants. WhatsApp, the most popular messaging app, has over 1.6 billion users, followed by Facebook Messenger with 1.3 billion users, he notes.

Some Specific Benefits from Increased Use of Chatbots

AI chatbots allow you to support more consumers with the same resources, Advia Credit Union’s Rey Chavez states. “Today we can deflect about 70% of the chats coming in by the bot itself. It’s been a big win for us.”

In addition, Chavez says that “Natural language processing lets you create a layered system of synonyms that match up with what a member could be trying to say.” That creates a strong bond, he says, because members are able to self-serve their information needs while also feeling understood by their financial institution. “We ended up getting better scores for our AI chatbot than for our call center,” according to Chavez.

At the other end of the size spectrum is $2.5 trillion HSBC Group, which has over 200 chatbots in use or in development worldwide, including AiDA, an AI-powered bot used by HSBC Bank USA. Three benefits come from increased use of chatbots, according to Gareth Butler, Director, Global Risk Transformation and Innovation for HSBC Group, speaking at a Clustre briefing in early 2020.

AiDA, in use since June 2018, halves the average handling time for customer inquiries, according to Filament, the vendor that provides the bot’s platform. That saves customers 12 minutes per chat when handled by the bot, start to finish. The company also reports that the bot reduces costs for handling customer queries from $7.50 to $0.62. (AiDA stands for “automated immediate digital assistant.”)

Outside the U.S., Isbank, Turkey’s largest private bank, worked with Clinc to create Maxi, its text and voice-based mobile banking assistant. The bank wanted Maxi to mimic a real human as much as possible, playing the role of an accommodating companion while offering concrete benefits. Within a month of deployment, more than 1.1 million users interacted with Maxi and over 10 million Turkish lira ($1.48 million) was transferred, according to Clinc’s Johann Hauswald.

In the research it conducted prior to launching AiDA, HSBC found that a significant number of customer inquiries are relatively simple questions with instruction-based answers.

“The bot is used as the conduit to handle high-volume, less intensive questions, where we don’t need to take up a human’s time to get that answer,” states Marcus Malcolm, Head of Staff Digital Solutions, in an interview with The Financial Brand. “This would allow our agents to focus more of their energy, on higher-value questions.”

At the moment, AiDA is text-based only, but Malcolm says “voice capability is definitely something we are keeping an eye on. The roadmap is to evolve the bot so that eventually it can handle high-volume simple transactions like making a routine payment, adds Marcos Meneguzzi, Head of Digital and Unsecured Lending. But the customer will have a choice of using the bot, or the bank’s app, or live chat.

“Conversational banking and messaging and chat isn’t a niche channel for us, it’s a significant channel and a part of our strategy,” Katie Jenkins Head of Direct Banking for HSBC Bank USA said in the interview. In addition to the chatbot, the bank has had a live-chat function on its website for several years and launched Apple Business Chat capability in late April.

At present, all Apple Business Chat interactions will be with the bank’s live agents, but the bank has not ruled out incorporating bot responses.

Jenkins states that participating in Apple Business Chat was already in the works prior to the pandemic, but that HSBC accelerated the process to give customers another option to avoid long call wait times that developed. Between 70% and 80% of its retail customers use some kind of iOS (Apple’s operating system) device.

Experts’ Tips for How Best to Use Chatbots

The following suggestions were offered by several of the parties contacted for this article in regard to chatbot best practices:

Voice versus text. Most banking chatbot use at present is text-based versus voice-based. “Text-based conversations are generally more dynamic and engaging,” observes Kasisto’s Zor Gorelov. “Users can go deeper into their information with visuals and comprehensive breakdowns of account details and history. Voice-based conversational AI is for quick interactions, like asking questions about account balances or asking the virtual assistant to pay a friend.”

Don’t jump straight into the deep end. Think about the minimum viable messaging automation solution that will create meaningful impact within a year, recommends John Kelly, AVP, Financial Services Client Partner at LivePerson. Basic FAQ bots that handle 20% of conversations can be fully deployed in one month and earn customer service scores higher than their human agent counterparts, he states.

Seamless handoff from chatbot to human. This is a critical ability, Gorelov states. The agent must be provided with the full transcript of the encounter and the context of the conversation. Hauswald adds that the handoff can be done explicitly where the user can ask to speak with a human, or implicitly, where the chatbot assesses sentiment and tone and suggests speaking with a human.

This article is written by Bill Streeter and originally published here 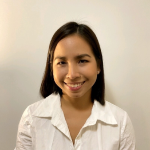 If you’re a marketer, you know that content marketing is not a one-and-done, surefire way to generate immediate conversions. Sharing content that consumers find valuable to draw them into your ...

Business-to-business (B2B) marketers don’t need a crystal ball to tell them what they need in order to succeed in 2022. The signs are right in front of us. Researching, ordering ...

In the age of social media and digital marketing, are business-to-business (B2B) marketers finding traditional tools dysfunctional? Maybe, maybe not. Consumer products companies such as ITC or P&G will still ...